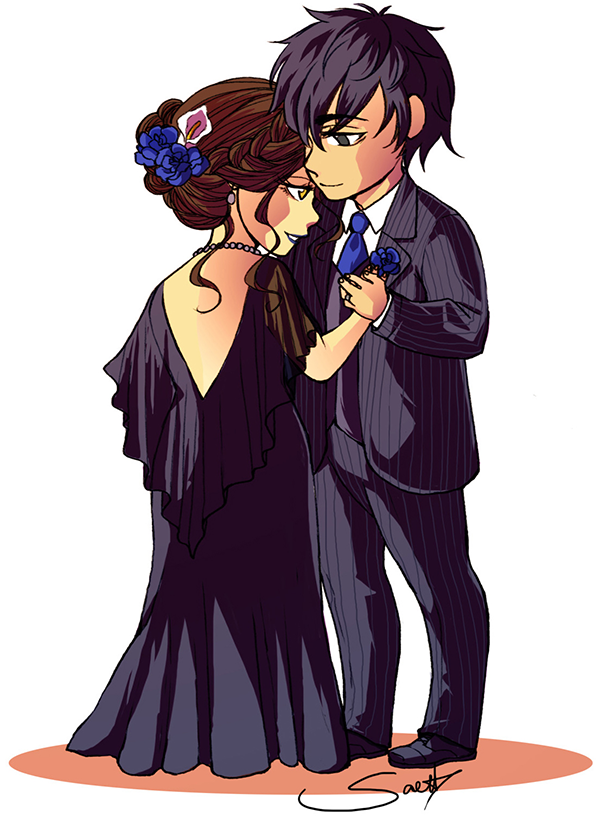 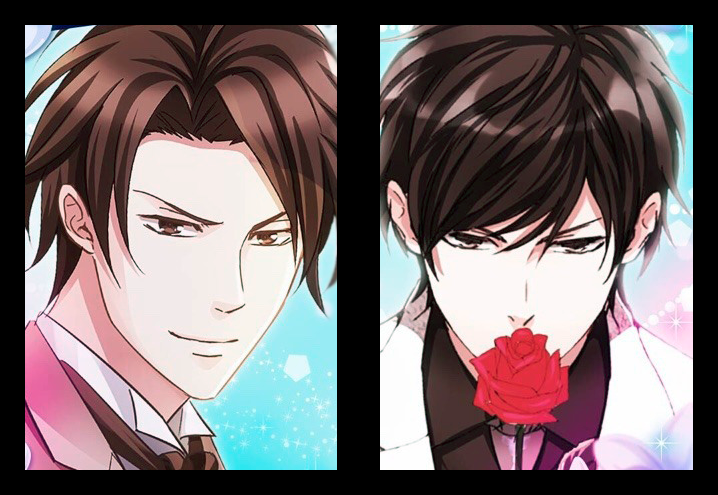 With a quiet groan, Kaga opened his eyes. His recollection of the previous night’s mission was a little fuzzy, and he struggled to bring his memories into clarity. Another soft murmur sounded in the quiet room, and Kaga tensed when he felt movement against his body.

“Mmm, it’s a little early for that, don’t you think?” a somewhat familiar-honey-laced voice whispered, and Kaga flinched when the supple shape ground back into the curve of his body.

In confusion, he gripped her hips to prevent her from arousing him any further, but it had the opposite effect.”

In a no doubt practiced move, Miho rolled over on top of him, hands either side of Kaga’s had, and grinned down as she undulted her hips.

“I wonder what your colleagues would think, Lieutenant, if they knew you were so dirty,” she crooned, leaning down to speak against his lips.

“Who’re you calling Lieutenant?” Kaga retorted, but he couldn’t – or simply didn’t – untangle himself from her before she smothered his lips with a passionate kiss.

His hands were sliding up her bare sides before he got a grip on himself, turned his head and pushed her back.

“I’ve got things to do,” he declared as he tipped Miho sideways, but his voice rasped.

He had just enough time to see her pouty-quizzical face before he hefted himself out of bed, quick to glance around and then head into the ensuite.

With the door closed behind him, Kaga took stock, pausing a second before looking into the mirror.

The face that stared back was not his own, but that of Seiji Goto.

I mean, it made sense considering this wasn’t his apartment, and Miho wasn’t his bedfellow, yet there he was having his morning wood stroked by the wife of his colleague.

“What the fuck is going on?” he exhaled sharply, his heart beating rapidly, even as he splashed cold water on his face.

Unfortunately this did not dispel whatever black magic had trapped him in Goto’s body, a body he then began to examine.

“Bullshit,” he snorted caustically when he pulled out the front of his boxers to inspect his – or rather Goto’s – slowly receding erection.

Knowing he couldn’t stay cloistered in the bathroom forever, he took a quick shower before gathering his courage to emerge.

Thankfully, Miho was not in the bedroom and the bed was made, giving Kaga the chance to explore until he found the closet.

“Humiliating,” he muttered as he pulled one of Goto’s uniforms out, but he dressed himself and ventured beyond.

He we was greeted by boisterous barking, as two greyhound puppies came speeding toward him. They pulled up short, however, skidding across the floor before they reached him, and began to growl: tails trembling, teeth bared, then they began to bark.

“Ishigami! Kaga!” Miho shouted from out of sight. “Cut it out!”

Imitating the pair of little pooches, Kaga leaned a little and snapped his teeth, and the pups backed away before turning and racing away.

Kaga had known Kurosawa had named the puppies he’d given to Miho and Goto as a wedding present, but hearing his own name from Miho’s lips like that in his current situation just made it even more surreal.

Something rattling in the kitchen drew the lean dogs back down the hall, and rubbing the back of his neck, Kaga followed. There he found Miho, in a short, satin robe, her hair a messy bun, pouring a second cup of coffee which she then held out to him.

His response was from his lips before he’d paused to think.

“This better have enough sugar in it,” he snuffed, and was alerted to what he’d done by the surprise in Miho’s expression.

“I’d hope by now, as a dutiful wife, I’d know how you take your coffee,” she retorted, a little hurt behind her eyes.

“Gah,” he spluttered, wincing after he’d taken a sip. “Moron! This isn’t coffee!”

Stunned, Miho blinked a couple of times before her expression darkened.

“Uh… sorry?” he stammered, the word feeling somehow easy on his lips, despite being almost complete foreign to his brain. “Had… weird… dreams.”

Desperately trying to figure out what the hell was going on – considering the possibility he was indeed still asleep – Kaga stiffly sat down. Under the watchful gaze of two very wary greyhounds, he sipped his coffee while Miho made them some breakfast. He knew his objection hadn’t been very Goto-like, and it was clear his colleague’s wife was not at all accustomed to being insulted, but he too was at a loss.

“Actually, you know what?” Kaga grunted, as she put a plate down in front of him. “I should…”

Then he was interrupted by the ringing of a cell phone.

“It’s Captain Kaga,” she declared, having glanced at the caller I.D.

“What?” Kaga greeted, though he REALLY needed to talk to… um… himself?

“Is Miho there?” came Kaga’s own voice, but he hadn’t spoken it.

Kaga could only assume if he was in Goto’s body, Goto was in his.

“Of course,” Kaga grunted. “Her coffee is terrible.”

As if reacting on Miho’s outraged behalf, Ishigami let out a high pitched bark.

“Let me talk to her,” Goto rushed.

“And say what? You are worried about her?” Kaga snorted. “We have bigger things to worry about, so get your ass to the Academy.”

Then he hung up.

“Not hungry,” Kaga grunted, leaving everything on the table and heading to the front door under canine escort.

“Since when?” Miho persisted, following him closely. “Seiji, slow down.”

“No time. Very, very busy,” Kaga pressed on, reaching the door and slipping his feet into Goto’s shoes, stooping to tie the laces.

“I think you can make time to spare me a few words,” she volleyed, as Kaga straightened and reached for the doorknob.

But Miho’s hand slammed against the door with force, startling the pair of puppies.

“Goto Seiji, I’m talking to you,” she insisted, her tone low and authoritative.

Many – most people – would back down when faced with Miho in serious mode, but this only triggered Kaga’s defiance.

He’d taken her wrist and spun her around before she could blink, and though she well and truly knew how to defend herself against a stranger’s attack, Goto pressing her cheek flush against the bevelled surface, using his body to trap her there, was restricted to intimate scenarios only.

Intimate, this was not.

Something was definitely wrong.

The greyhounds snarled but Kaga ignored them.

“I’m talking to you, wife,” he whispered behind her ear, and the hairs on the back of her neck stood to attention. “I’m busy. I’m going to work. Don’t wait up.”

When he stepped back, Miho slid sideways and crouched to calm her puppies.

“Well shit, have a peachy day then,” she dropped caustically – confused, hurt.

Goto arrived at the Police Academy flustered, and found Ishigami in the main area of the Instructor’s Room pouring over the previous night’s reports.

“Sir!” Goto exclaimed, rushing up to his superior while – of course – wearing Kaga’s face. “Captain, we have a serious problem.”

Lifting his head, Ishigami blinked at Kaga in puzzlement.

Usually it was hostility and insult.

Usually it was biting sarcasm and venom.

But, Sir and Captain?

This was surely the Twilight Zone.

As if realising his folly, Goto straightened, blushing a little as he put some distance between them.

“Sorry, Sir, you’re right,” Goto stammered, and this simply blew Ishigami out of the water. “Maybe we could discuss this in your office?”

“Ahh, four-eyes,” he sniffed. “Has your lacky filled you in on this shitstorm?”

He looked at Goto inhabiting his skin, and Goto peered right back at Kaga wearing his skin.

“Goto,” Ishigami said curtly, though he was looking at Kaga. “If this is some sort of joke…”

“No, Sir,” Goto assured, but all Ishigami saw was a long-time agitator mocking him.

“Well… shit,” Kaga sighed, and Ishigami swore – in Goto’s body language – he saw Kaga’s arrogance and disdain. “Captain Ishigami,” Kaga went on, and he couldn’t have looked any more like he’s just bitten into a lemon. “It seems as if Lieutenant Goto and I have… somehow… switched bodies.”